Our thoughts and prayers go out to the DeShon family at this time. We thank them for thinking of our children and supporting our mission during their time of loss by suggesting donations to the Noyes Home for Children.

If you would like to send donations in memory of Louise C. DeShon they can be mail to:

Or made online In Memory of Louise C. DeShon 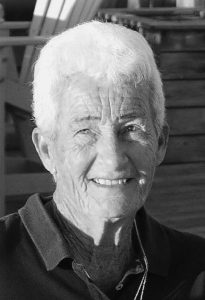 Louise C. DeShon, 83, of St. Joseph, passed away on Sunday, September 10, 2017, at her home after a brief illness, surrounded by her family.

She was born in St. Joseph, on May 16, 1934, the daughter of Louis Eger and Rita (Thornton) Cobaugh, in a loving home that included her sister and grandmothers.

Following his discharge from the service in 1954, they started farming east of St. Joseph, providing an outlet for Louises love of the outdoors and fine animals. They operated a Registered Holstein Dairy for which Louise gave each cow a special name. In 1967, they received the Balanced Farming Award.

Louise also had several horses, including a Tennessee Walking Horse. She taught horsemanship and dog handling to 4H youth, and bred and showed AKC Registered Champion Irish Setters and Otterhounds.

Louise was President of the St. Joseph Kennel Club for many years and was instrumental in its annual dog show. She was also a member of the Otterhound Club of America and the Huffman Memorial United Methodist Church.

Bud and Louise retired from dairying in 1997 and began spending the winter months in the warmer climates of Florida and South Padre Island, Texas, returning in time for Spring planting.

Through her dog breeding, shows and winter travel, Bud and Louise made many friendships across the country.

A register book is available at the funeral home.