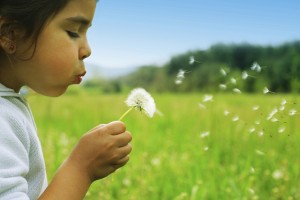 “Recently a call came in, a daughter of a woman who lived at the Noyes Home in the 1920s. The family wanted to know if they could bring their mother to her childhood home to share with her children, grandchildren and great-grandchildren memories from her childhood. These memories formed through her experience as a “little wanderer” in this very building … it causes me to think … what kind of impact has the Noyes Home had on this family and thousands of others? What would have happened if these visionary women not encountered Charles Noyes and helped carry out his dream?” – former Noyes Home director Raymon Carson

Since 1894, the Noyes Home has been managed by passionate, committed individuals who share the original dream of Charles Noyes to provide a safe, loving enviorment for children whose families are experiencing difficult situations.

New Initiative: Renovations to the Noyes Home
LUBA has been designated since the Noyes Home founding to manage the home and the private funding that supports its mission of “nurturing and empowering children, youth and families to foster a brighter future.”

For the first time, LUBA and the Noyes Home have launched a capital campaign “Opening Our Doors Wider.” In addition to offering new services to young children and their parents, LUBA plans to make the Noyes Home fully accessible to children with disabilities, including ramps and an elevator. LUBA is also planning a makeover of the second floor, more commonly referred to as “the dormitory.” Historically children have slept in one of four cavernous rooms on moveable bunk beds. In order to establish a more nurturing atmosphere, the Noyes Home plans to create 20 separate bedrooms, each shared by two residents. This will make the second floor more private, more comforting and more like home.