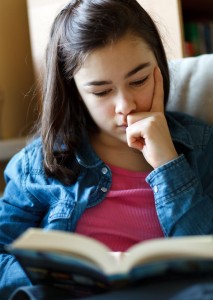 In 1894, the Ladies Union Benevolent Association (LUBA) first opened its doors on Noyes Boulevard in St. Joseph, Mo., as the “Home for Little Wanderers.” Today, their mission continues as the Noyes Home serves over 120 children and families each year. Without the Noyes Home, many of these children would not succeed in school, would be homeless, or have higher rates of experiences in the juvenile justice system. Many others would experience ongoing abuse and neglect.

The realities surrounding the need for the Noyes Home are critical, urgent and severe.

The Noyes Home and Community Collaboration:
Through active community partnerships, the Noyes Home is working to help solve critical community challenges for children and families. This includes addressing ways to combat the effects of poverty on school and life success, educational needs and ways to help prevent children from falling into the juvenile justice system. This means the Noyes Home is working diligently with other community entities to create a stronger community with a new generation of leaders, and to reduce the impact of things like poverty on already strained resources.

The Impacts of the Noyes Home are Diverse:
– Every $1 invested in children in crisis saves an estimated $7 later in life on additional services.
– Children and youth who find help at the Noyes Home have an increased chance of graduating from high school or succeeding in school.
– Families facing homelessness, unemployment or food insecurity receive critical services and referrals from the Noyes Home, improving their children’s health and future.
– Young children who find a safe place to learn and grow at the Noyes Home have higher rates of succeeding in school, especially when help is offered to families in crisis during the pivotal early years of development.