Once children leave the Noyes Home, they are not forgotten. For many years, donors have contributed to a scholarship fund for former residents interested in furthering their education after high school. The scholarships help students attend trade schools or college with the goal of giving them an opportunity to establish a career and self-sufficiency. Without this help, attending college would be nearly impossible. 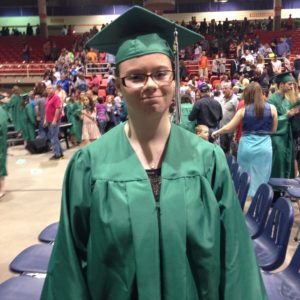 One of our current scholarship recipients is Kaitlyn Ealley. Kaitlyn lived several years at the Noyes Home while in high school. Over the years, Kaitlyn tried going home but returned to the Noyes Home when things did not work out. During one of those rough times, Kaitlyn dropped out of high school even though she was an A student and loved school. Through her own determination and courage, she found her focus and ultimately earned her GED. Not satisfied, Kaitlyn continued her schooling, earning enough credits to graduate with a diploma, a full semester ahead of her high school classmates.

Kaitlyn then applied for and received a Noyes Home scholarship for the Spring 2016 semester at Missouri Western State University. We are proud that she is currently in her third semester and has a 3.8 GPA. Her major is criminal justice with a goal of going to law school.

“Going to college has been a dream of mine since I can remember. I hit a snag and thought I would never achieve it, but thanks to you I did. I will never forget Noyes Home and all of the support they have given me.” Thank you to all of the donors who have helped make Kaitlyn’s dream possible.

“For over 120 years, the Noyes Home has served as a refuge to children who are not able to be with their own families. The Ladies union Benevolent Association has given their money, their time, and their hearts to provide a safe place for children without the assistance of social or governmental agencies. They do not accomplish this feat alone.” -Margaret O’Malley

“On November 8, 2012 I came here to the Noyes Home. Not only has my time here been amazing, but I have learned many things. Patience is a virtue, that’s for sure. Though the most important lesson I have learned is every day is a new day. We make the most of it and we learn from our mistakes. I am a seventeen year old girl about to graduate from high school and I am very grateful for have lived at the Noyes Home; it is my family.” -Macala (former resident, 2013)

“At first, we all missed our mother but we were all very happy to sleep in our own beds and to have enough food that we were never hungry. After awhile, we accepted the fact that we would be lifers (children that grow up at the Noyes Home and leave when they graduate high school). I suppose that we could have been adopted or fostered out, but my mother was determined to keep us together. Noyes Home provided her with the opportunity. It became the only real home I ever had.” -Charlotee Ytell (Former Resident, 1987) 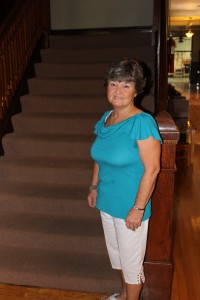 “I lived here at the Noyes Home back in 1956. Even though I was pretty young, 6 or 7, I still remember the mornings before school. I would run and jump down the stairs every morning to wake everyone up and be ornery. My mother was single and needed all the help she could get. Even though we didn’t stay too awfully long, I remember looking up to the older girls. I remember doing the Christmas show on KQ2 all those years ago.” -Barbara (former resident, 1956)