Our thoughts and prayers go out to the Lee Anna Kerber family at this time. We thank them for thinking of our children and supporting our mission during their time of loss by suggesting donations to the Noyes Home for Children.
If you would like to send donations in memory of Lee Anna Kerber they can be mail to:

Or made online In Memory of  Lee Ann Kerber 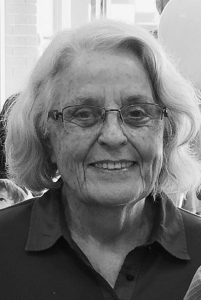 Lee enjoyed walking, playing cards and loved people. She never met a stranger and was passionate about helping others.

Her career spanned many years, beginning in South Dakota and later as the personnel director of Joskes Department Store in Houston, Texas, and eventually retiring from Dillards in Tulsa, Oklahoma.

The family will gather with friends 2 to 4 p.m. Sunday, Meierhoffer Funeral Home & Crematory.

Flowers are appreciated, and for those wishing to make a contribution, the family requests they be made to Noyes Home for Children.

Online guest book and obituary at www.meierhoffer.com. As published in the St. Joseph News-Press.