Though departing St. Joseph to live primarily in Los Angeles, where he died in 1912, Mr. Noyes left money in his will for the construction of a hospital to serve the city’s poor. It opened in 1916, later drawn into the Methodist Hospital orbit. Noyes Hospital, 2400 Frederick, was constructed in 1915 under terms of the will of Charles Noyes, who had been president of Noyes Norman Shoe Company. This hospital provided free care for children of limited income families as part of its service. This was originally Noyes Hospital and was located at 24th & Frederick Ave. (The building still stands under the name Frederick Towers.) In 1953 it was listed as Missouri Methodist Hospital Nurses Home. Anchor Serum acquired the building in 1955. Anchor Serum moved their operation to Belt & Gene Field. It is now called Frederick Towers and now houses many business offices. On the top floor, in the center, was the operating room. The bottom floor ( basement) was where the morgue was located.
Noyes Hospital Postcards from that era are also available online https://www.cardcow.com/85454/noyes-hospital-24th-frederick-ave-st-joseph-missouri/ 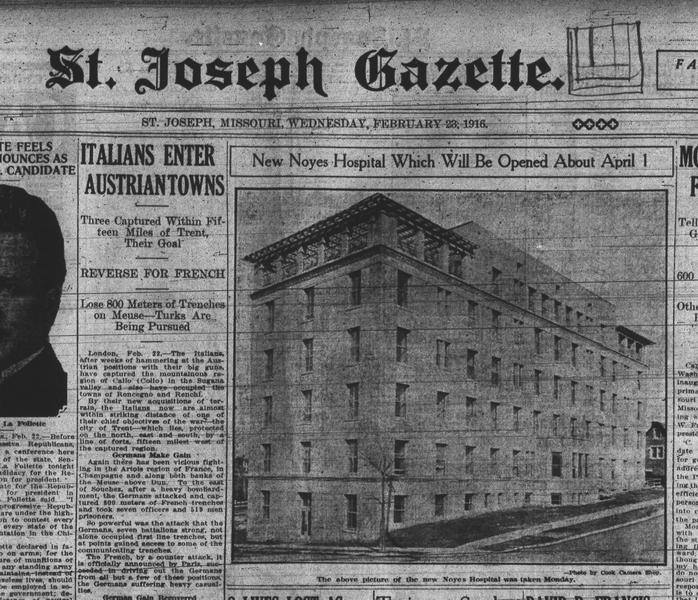 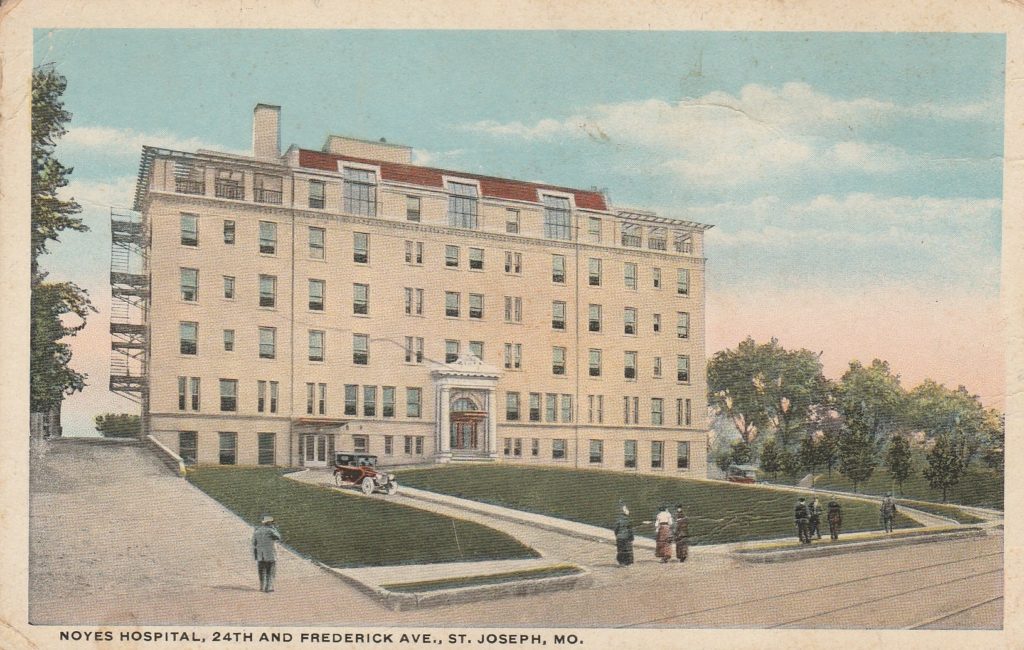