Our thoughts and prayers go out to the Beatrice R. Anderson family at this time. We thank them for thinking of our children and supporting our mission during their time of loss by suggesting donations to the Noyes Home for Children.
If you would like to send donations in memory of Beatrice R. Anderson they can be mail to:

Or made online In Memory of Beatrice R. Anderson 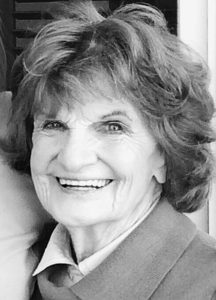 Bea was born in 1922 near Ottumwa, Iowa, marrying Arlo E. Anderson in 1946. Bea and Arlo lived in Ottumwa, until 1968, before moving to Des Moines, Iowa. They later moved to Houston, Texas, and St. Joseph.

She attended Ottumwa Heights College, Drake University, and went back to finish college at age 53 while she was working full-time, graduating from Missouri Western State University in 1976.

In later years, she worked until age 82 with her older daughter and son-in-law, as a tax accountant, at Sunshine Electronic Display of St. Joseph.

Bea cared deeply about her family and stayed in touch with everyone through phone calls, text messages, colorful birthday emails, and travels across America.

Famous for her homemade rolls and pies, Bea loved cooking and baking for her family, visiting with her neighbors and friends, teaching and attending school into her 80s, and being productive in both her work and leisure.

Her passions included: golfing (particularly in her and Arlos annual trips to the Colorado Rockies), playing bridge, dancing, shopping, and keeping close track of the daily news, especially the latest business happenings.

Bea was an extremely happy person. Sunday School and church were very important to her. She secretly helped a lot of lost and lonely people who crossed her path, and she always found the good in whomever or whatever.

She adapted well to change and new situations, witnessed by her choosing to live with her daughters and sons-in-law the last couple of years of her life. Bea was so fun to have around that both couples lobbied for more time with her.

Bea, who often told her kids that shed had the perfect life, will be memorialized, beginning with a visitation at 9:30 a.m. followed by a service at 11 a.m. on Saturday, February 3, at First Presbyterian Church, 301 N. Seventh Street, St. Joseph, MO.

Interment will be at a later date in Ottumwa.

Memorial donations, in Beas name, may be made to Second Harvest, Open Door Food Kitchen, Noyes Home, Albrecht-Kemper Museum of Art, or the Goodman Theatre. As published in the St. Joseph News-Press.