Our thoughts and prayers go out to the Garry Albert Nold family at this time. We thank them for thinking of our children and supporting our mission during their time of loss by suggesting donations to the Noyes Home for Children.

If you would like to send donations in memory of Garry Albert Nold they can be mailed to:

Or made online In Memory of  Garry Albert Nold 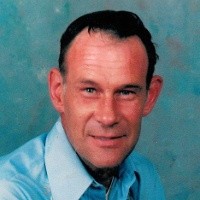 Garry A. Nold 83, of Saint Joseph, Missouri, passed away Tuesday, August 27, 2019 at his home. He was born March 20, 1936 in St. Joseph, MO, son of the late Mary and Albert Nold. He graduated from Pickett High School and served in the Navy & Air Force and is a veteran of the Korean War, he then worked and retired from Quaker Oats. Garry married the love of his life Jeanette Bird on December 24, 1985, she preceded him in death on December 17, 2012. He enjoyed fishing, tilling gardens, and going to car shows. Garry was preceded in death by his wife and parents. Survivors include, daughters, Micheleen “Myke” Rollag, Stockton, MO, and Shelly Mayo, Saint Joseph, MO, step son Jeff Bird, St. Joseph, MO, one sister, Susan Limburg, Oak Grove, MO, brothers, Allen (Velora) Prell and Donald Prell of Marysville, KS, friend, Sandy Smith, Faucett, MO, 3 grandchildren, 6 great grandchildren, several nieces and nephews, cousins and many friends.

The family will receive friends from 6:00 PM to 8:00 PM on Thursday at the Rupp Funeral Home.

The internment will be at the Bethel Cemetery at a later date. Memorials are requested to the Noyes Home, or American Cancer Society.